Keyon Dooling, a former Mizzou Basketball player, who serves as the vice president for the NBA Player’s Association, has taken this quote to heart from his former coach Doc Rivers through his journey championing mental health. 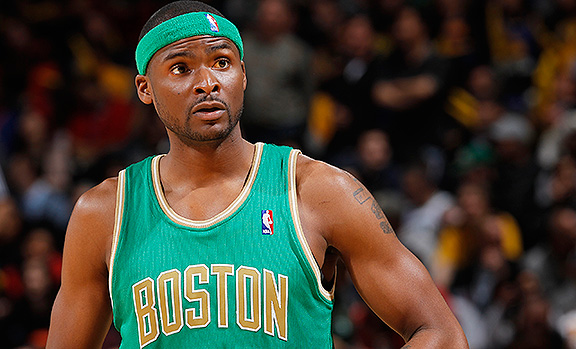 Dooling, who came back to Mizzou on October 10th, otherwise known as “World Mental Health Day” spoke to the entire athletics staff about his own journey with his mental health. The 13-year NBA veteran also spoke about the trends he’s seen, to date, in how the next generation of NBA players are talking about what mental health is and looks like as well as what coaches can do to support their student-athletes.

Hearing from an individual, like Dooling, who could speak to his own, traumatic experience that he held within himself for over 25 years, made the former Missouri Tiger incredibly vulnerable and honest to listen to.

Dooling talked about four main avenues that coaches need to consider when it comes to mental health. One, everyone has been through or is going through something. This is of course true. Even though everything might seem great on the outside when someone interacts with you, that does not mean on the inside they’re not dealing with turmoil and demons of their own. The lesson is to pay attention to others around you, look for unusual behavior and track those patterns.

Second, it is okay to get help. Therapy is an avenue that is still stigmatized in our society that is oft-seen as “weak-minded,” or “soft” to its critics. However, Dooling stated that without getting the help he needed that the likelihood would not have been high he might have traveling the nation and world discussing his own mental health struggles.

Third, coaches and our society as a whole need to change the narrative when it comes to how the profession sees and handles mental health. Athletes, in general, are supposed to be resilient, strong and unemotional by our society’s traditional standards and role definitions. Dooling stated that this barrier needs to be broken down and that so far he has seen this generation of newcomers to the NBA are far more willing to talk about mental health and what it is to them.

Lastly, healing is possible! No matter what anyone might or might not be going through, there is a road to recovery. That is when it comes down to the coaches, administrators and the culture cultivated within the athletics environment that Dooling stated can jumpstart the process of a student-athlete seeking out help.

Yet, what stood out most above all else was when Dooling said: “sometimes our silence speaks the loudest volumes.” Think about that, it is an oxymoron of sorts in that how can silence speak the loudest. Yet, it makes so much sense in the context of listening. Coaches need to listen to their players and allow them to tell their whole story first. Advice-giving, when it comes to mental health for coaches, is not as important as giving the student-athlete full disclosure to speak their mind and know that you will listen rather than speak and offer advice at every turn.

Student-athletes need to know we’re all in for them, not just as players but as people. When a coach achieves that, it will go far to continuing the needed conversations that need to take place surrounding this issue. Mental health is not a game. Rather, it’s an issue that needs as much care and time dedicated to it as our coaches give to gameplans.

My name is Brandon Byer and I'm a graduate assistant for the Missouri Men's Basketball team. I have loved the game of basketball since a very young age and have grown in many respects along with the sport I love. View all posts by Brandon Byer